First, Make It Not Suck

The title of this article is my Rule #1 that I give new dancers who are worried about being desirable to dance with. It’s easy to get caught up in the idea that you have to be a great dancer to be fun to dance with and, in my experience, it’s simply not true. Some of my favorite and memorable dances are with total beginners who were just having so much fun that they couldn’t be bothered to worry about whether they were doing it right or not. I generally tell people that if you can make the dance not suck, then it’s already in C+/B- territory and anything beyond that is gravy. And making it not suck is typically as simple as the following three factors.

Generally speaking, if it doesn’t suck it’s pretty good. You can be off-time, you can only have 2 moves, etc. and you can still be plenty enjoyable to dance with. I tend to remember this best from a friend in tango who put it as something like “Sometimes it’s great to just walk”. To be clear, I don’t know anyone who doesn’t have dances that suck once in a while, but if you keep these three things in mind, I think you’re already ahead of the game for being a delightful person to dance with.

It Sucks If It Hurts 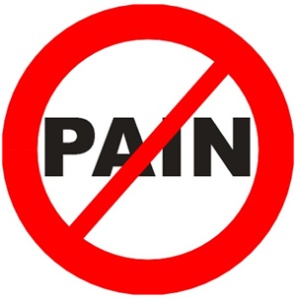 This one seems simple and obvious, but it’s amazing sometimes how easy it is to forget. I see a lot of this as stemming from “I have to get the move right” style thinking with dancers, really at any level. Trying to forces moves or movements runs a high risk of doing something that doesn’t jive with yours or your partner’s body and worrying about making the move work or end a certain way lends itself to forcing it. Yes, it’s lovely to hit that 32 count sequence just the way you thought or simply finish a basic turn on time, but doing so at the expense of your body or your partner’s body kind of ruins the moment.

I work with this in beginner lessons by building moves off of natural movement and teaching the dance with people moving together throughout rather than dividing leads and follows, teaching them a specific movements separately, and then pushing them back together and expecting them to suddenly match each other. While it can be more complex learning this way, it focuses the learning on partnership instead of individuals and helps make lead/follow interaction the primary energy of the dance rather than footwork. If people are thinking about their feet first, they tend to lose sight of the fact that there’s another person attached to them. If you focus first on that human interaction, it’s much easier to avoid hurting each other or be aware of it and shift when it happens.

And to be clear, this can happen at any level and with both genders. I regularly hear complaints about painful leading from several male instructors in my area and I’ve chosen to stop dancing with one female instructor who routinely gripped my hand so hard that I would worry about having to work with it the next day. Pain or comfort are achievable at any level of dancing, choose comfort.

It Sucks If It’s Creepy/Threatening 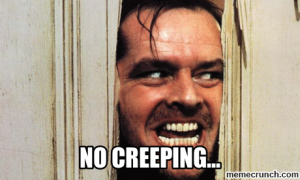 In the context of dance I think this mostly translates to “don’t assume you have the right to anyone’s body, time, or social interaction”. It’s easy and rather enticing to say things like “the boundaries are just different in dance” but I believe this often gets taken as “the rules of engagement around consent are different too”. The act of dancing with someone is just as much a negotiation as any other social interaction. The more it’s a balanced interaction where “no” is treated as a completely legitimate answer, the less likely this is to be an issue.

Again, I think this boils down to making the interaction human first and dance second. It’s easy when you’re in a new social environment to start to compromise on boundaries, particularly if you’re worried about seeing the other person on a regular basis. This may be different in other scenes, but I think the influence of Southern culture in my area means you often see people avoid challenging the few creepy apples at a dance because they would rather put up with the behavior than deal with a potential conflict. I don’t think there’s some singular right answer to this, but as we as a society are starting to talk about boundaries and consent more, I hope to see these conversations start happening one-on-one in the dance world more and hopefully enough of those will lead to some really great shifts.

It Sucks If There’s a Weird Power Differential 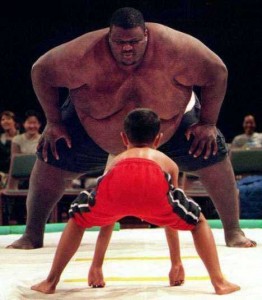 This is probably the most pervasive but also the most subtle one and therefore easier to overlook; enough so that I spent most of a year saying the first two make it not suck aspects before I thought of this. As much as we love to talk about equality and togetherness in the dance scene, there can also be a lot of hierarchy at play, partly real partly in our own heads. When you set up a perceived power differential between lead and follow or experienced dancer and newbie it makes the dance more about roles and less about humanity. It also makes it much easier for things like dancesplaining to occur and for dancers who feel they are in the less powerful position to be less likely to hold their boundaries if one of the first two ways of sucking occurs and less likely to speak out for what gives them joy in the dance.

I had lunch a couple days ago with a former dance student and we got talking about the challenges of this when he was a beginner. Now, for context, this is someone who routinely speaks in from of large groups of people and performs original songs in public; I consider him to be incredibly brave, creative, and very willing to engage with the challenges associated with growing in any skill. He told me that he found there tended to be two types of dancers offering him feedback as a newbie, those who’d ask if they could make a suggestion and others who would launch unprompted into critiquing his dancing or telling him “you know what you should do…” Watching him talk about it, I could even see his body shrink in on itself as he talked about the second type and the memory of being criticized.

Don’t get me wrong, criticism and understanding what and how to do things better is an important part of growing as a dancer. However, there’s a time and a place for it and more and less effective ways to communicate these concepts. I see lots of “better” dancers telling newer dancers what they should do without realizing that they are presenting the information in a way that widens the gap between them rather than bridging it. Ineffectively worded or improperly timed feedback like this tends to create a subtext messaging of “It’s not OK for you to be new or learning; you should be better” and even without poor feedback this is the sort of message that I see a lot of people telling themselves.

It’s normal for there to be a difference in experience, you just don’t have to turn it into a difference in power or value. Feedback can be a tool to raise people up but it can also be a tool to bludgeon them into being less than. And again, this can happen at any level; there are several instructors in my scene who I routinely observe and receive complaints about dancesplaining through entire dances on the floor. When you drive this kind of wedge between yourself and your partner, it pretty much kills the team vibe of a dance partnership and turns it into two lonely people holding hands and doing moves at each other.

There’s an old Woody Allen joke that pizza is like sex “Even when it’s bad it’s still pretty good”. While I like the idea of the joke, I think it’s a bit off the mark. I look at it through a bit more of a lens of pizza or dancing or sex don’t have to be the most amazing pizza/dance/sex I’ve ever had to be good, but if something sucks there’s almost an addition of insult to injury that makes it all the worse. Having recently had the worst Chicken and Dumplings of my life a couple weeks ago, I can say that, like most comfort foods, when it’s decent dance is kind of inherently good, but if you make it terrible it will irritate people enough that they’ll shut down from you, talk about it to their friends, or post about it on the internet.

At it’s core, partner dancing is a shared experience. So long as you aren’t doing any of the above and putting your partner or other dancers around you on guard then it becomes easy to step beyond our standard social boundaries and create a shared experience. If the dance turns to suck in one form or another, then those boundaries tend to harden into barriers and both partners (and the floor around them) lose out on that social interaction.

Making it not suck also frees up a lot of energy and attention for learning. When something sucks, and even when it’s just a sucky feeling of your own creation through self-judgement, there is so much time and energy spent by the mind in either defending or reinforcing that sucky feeling that much less learning/growth occurs. When it doesn’t suck, there’s a lot more room for empowerment, for focus on the task being learned, and while not always completely safe there is a lot more safety available to take the risks and push into challenging territory that growth and learning requires. 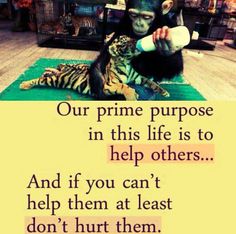 And the TL;DR version of all this, summed up much more succinctly by the Dalai Lama: “Our prime purpose in life is to help others. And if you can’t help them at least don’t hurt them.”

Jason Sager is a certified Rolfer®, swing dancer, dance instructor & DJ based in Raleigh, North Carolina. Jason is the owner of Raleigh Rolfing, founder of the Lindy Lab, and co-creator of the RDU Rent Party.